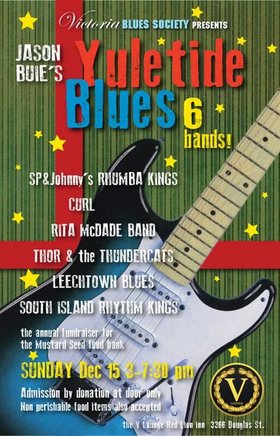 CURL is a west coast based blues band operating out of Victoria, British Columbia. CURL consists of Helen Davies on lead vocals and guitar; Dee Cooper on keyboards and vocals; Susan Johnson on bass guitar and vocals; and featuring Jazz Fouladianpour on guitar and Andy Okell on drums CURL has two CDs: All My Fault (produced in 2013 at One To... more info

Thor & The Thundercats are a versatile band out of Duncan B.C., playing Blues, Classic Rock etc. The band members include: Thor Kristinsson (guitar & vocals), Marty Jones (Bass & Vocals) and John Chrysler (Drums & Vocals). A great band for just about any occasion, having played at a multitude of venues, including blues festivals, Classic Rock shows... more info
Submit info on this show to our admins