Regular Occasion Presents | At Mission Dolores headlines an evening of rock and ...

from Victoria BC
circa 80s

At Mission Dolores | [Psychedelic Pop]
SPOTIFY | http://bit.ly/crashjungamd
BANDCAMP | http://bit.ly/coolwrldAMD
At Mission Dolores self describe as retro futurist, combining old and new textures to create a unique hybrid. Their newest release, Last Night Outside Her Apartment brings their psychedelic pop leanings into clear focus. Recorded live at Noise Floor Studios (The Courtneys, Wolf Parade) the album begins with the delay-soaked Crash In The Jungle. It's an exemplary track, beginning earnestly and without coda, sonic elements churning around vocalist JP Lancaster's cotton croon. Swim on from there, it's safe here.
~

Groceries
SPOTIFY | http://bit.ly/brntGroceries
BANDCAMP |http://bit.ly/brntrose
Formed by combining the freshest of meats, the tastiest treats, and the grooviest beets, Groceries are a band from Victoria BC. Fronted by the principal songwriter, singer and (primarily rhythm) guitarist, Leiv Phanenhour. The band has been together for nearly two years, and they play an upbeat kind of indie rock, a-la Mac Demarco mixed with The Tragically Hip (or something like that), with some irreverent stage banter thrown in for good measure. Consisting of two guitar players (Rob Walsh, and Phanenhour), a bassist (Randy Baragar) and drummer (Robert Niemann). The band has recently returned from their first cross-Canada tour.

Speak Easy
SPOTIFY | http://bit.ly/spkezBC
BANDCAMP | http://bit.ly/spkez1330
Speak Easy is a psychedelic pop driven trio originating from the interior of British Columbia. The band the was formed during the winter months of 2016. After an ongoing, jam inspired collaboration of drummer Scott Sparrow and guitarist Oliver Sandberg during their years at the University of British Columbia Okanagan, bassist Lauren Giorgio was introduced to the project, and Speak Easy was conceived. Speak Easy are currently residing on Songhees (Lkwungen) Territory (Victoria, Vancouver Island).

The group combines moody psychedelic rock with an eclectic sound, creating a sound akin to the lovechild of The Beatles and King Gizzard and the Lizard Wizard. With their love-hate inspired lyrics and mind-bending chord progressions, the band has accumulated a steady fan-base within British Columbia, playing multiple packed-house shows - including an overflowing debut show at music hub Milkcrate Records in Kelowna, a sold-out show at the widely known Blue Grotto Nightclub in Kamloops, and back to back headlining spots at the Fireside Winter Music Festival in Kelowna, BC. With a revitalizing live set structure and a captivating songwriting style, Speak Easy have become a sought-after act within Western Canada.

This Regular Occasion event takes place on Coast Salish territory, in particular the territory of the lekwungen and W̱SÁNEĆ peoples. Please hold this in mind and embody a respect for this land, its people, and their history.

It will be lovely to see you. 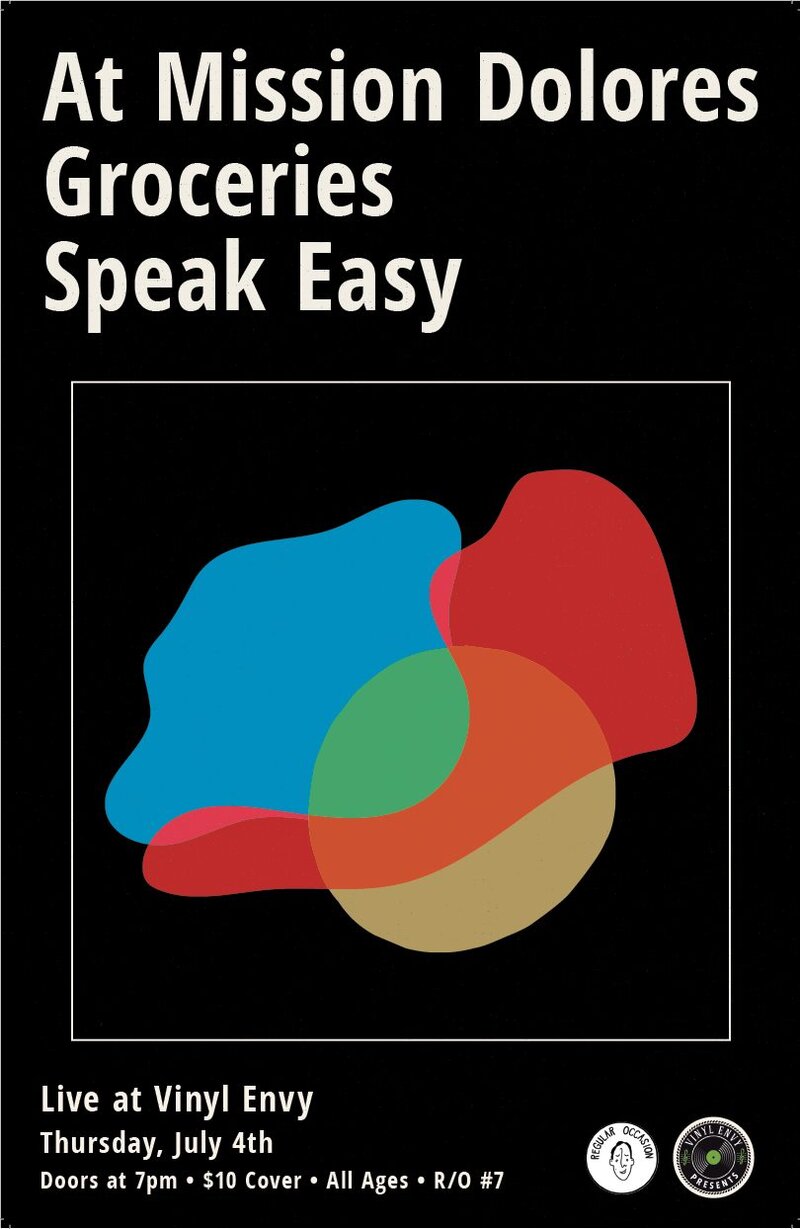