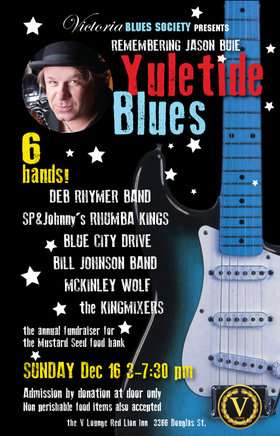 THE KINGMIXERS (Blues, boogie and R & B)

Bio: Blues, boogie and R & B from Victoria BC; plus we are a great party/event band with dinner music and lots of classic rock covers for dancing. more info
Submit info on this show to our admins