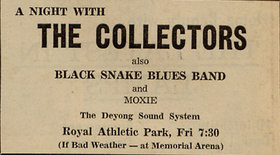 The Collectors was a rock band active in the 1960’s. It debuted in Vancouver, British Columbia in 1961 as a house band (the C-FUN Classics) for CFUN-AM radio, and renamed itself as “The Collectors” in 1966. The band featured Howie Vickers on lead vocals, Bill Henderson on lead guitar, lead vocals and keyboards, Clair Lawrence on saxophone, fl... more info
Videos: 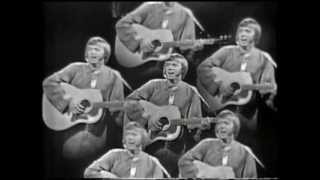 The Collectors, Tom Northcott, Northwest Company. WHERE IT'S... 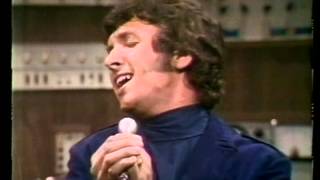 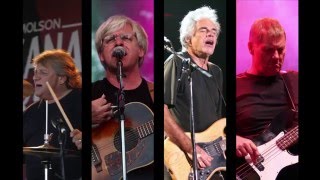 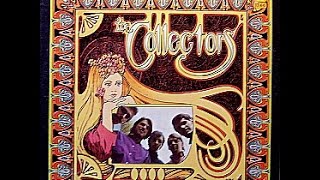 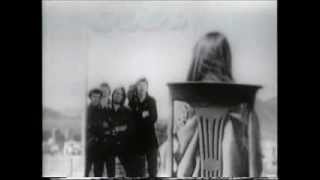 Black Snake started in Edmonton. Original member was Joe Conroy who played a Gibson Flying V. There were many comings and goings of musicians. Photo seen is lead guitarist Norm MacPherson. Everyone met through Craig Scott who had a coffee house in Kits Beach called The Phase 4 on 4th street Vancouver. Submitted by Craig Scott Dave Wilkie was... more info
Audio: The Reason 1970

Dave Wilkie was a member of the Fast Flying Vestibule, Ron Flatman came from the Blues X 5 as well as Norm MacPherson. Ron Flatman was a great guy and drummer, and spoke with a studder, it was so interesting that when he would sing there was no sign of the studder at all...he loved to play those drums. Submitted by Craig Scott Ron Flatman was ... more info 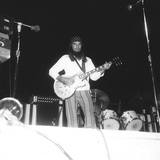