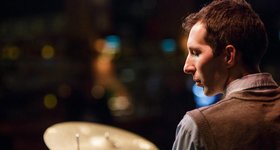 Ernestine Anderson was one of the most soulful, bluesy and swinging
jazz singers of her generation! A legend of jazz, based in the
Pacific Northwest, Ernestine performed and recorded with a who's who
of jazz!

Come join us as we swing music made famous by and inspired by the great singer!

Go to http://www.hermannsjazz.com to make a ticket registration.

Melinda’s professional career began in Edmonton where she sang her own compositions with Tommy Banks on CBC television. When she returned to Vancouver, Melinda poured all of her creative energies into music, singing in jazz lounges six nights a week and making a second home for herself in local studios recording vocals for radio, television and f... more info
Submit info on this show to our admins