Music: Pop / Rock / Indie, Pop / Rock / Indie
Vancouver Island Battle of The Bands held at the Nanaimo Civic Arena, April 28, 1967. The winner was Cry For Justice who received $150. cash and were in line for a recording session in Vancouver

Picture was taken June 17, 1967 at the Memorial Arena during the Centennial Battle of The Bands semi-finals. The band would play in the finals July 1 at Centennial Square. more info

The Serfs started when four elementary school friends got together and pretended to play the hit songs of the day. They listened to and were influenced by; the Kingsmen, the Surfaris, The Ventures, Buddy Holly, Paul Revere and The Raiders, the Beatles and the Dave Clark Five to name a few. They chose their name 'The Serfs' as a word play on the... more info 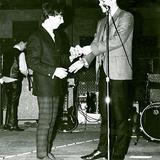 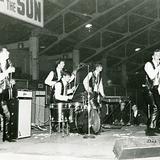 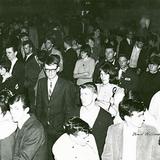 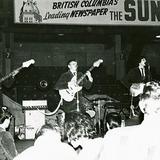 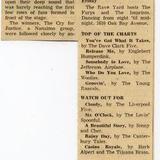 Denise McCann and The Revenge of The Dead Marines
Ram
The Shades-Vancouver
Brian Smith
Wasteland
A.O.U.W. Hall
The Loft Cabaret
The Cellar