The Bugs from Victoria BC 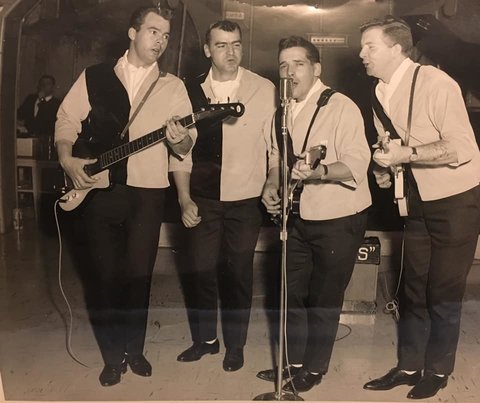 from Victoria BC
Broken Up - Confirmed: Jun. 19, 2019 (Archived)
Photo L-R is Dick McDonald (bass, vocals), Bob Descoteau (vocals), Harvey Parsons (guitar, vocals) and Bob Anderson (guitar, vocals)
*All members of the band were crew members on HMCS Saskatchewan when it was commissioned in February 1963, and subsequently sailed to Britain and Europe that year.
While on leave in Britain, and when they picked up British signals on the radio, the friends began hearing music by a band called The Beatles, who had yet to break into the airwaves in North America. Being musical, the sailors began to mimic the songs they heard while playing their acoustic guitars – popular acquisitions on this tour – during off hours in the ship's mess.
When the Saskatchewan finally returned to home port in Esquimalt after many months, the British invasion was just starting to hit, but the shipmates were the only local musicians playing what would become some of The Beatles' earliest global hits.
Among their early performances, The Bugs – a clever play on the title of The Beatles – played "Do You Love Me" at a talent show at the Brentwood Community Hall, having heard the song in England. It hadn't been released in North America yet and the crowd went wild.
They became local celebrities of sorts, and a unique act, all being crewmates on a navy warship. CHEK-TV's Ida Clarkson recognized this and invited them to play on her Ida Clarkson Show multiple times. The group later played the occasional dances in town, with their electric guitars all plugged into one or two tiny amplifiers, and specializing in Beatles covers.
At one point during this stretch of popularity, the band was approached by an agent looking to take them further afield. But he told them flat out they'd have to quit their jobs and say goodbye to their families for a while, a scenario they didn't relish.
So while their lifespan as a band was relatively short-lived – family life being what it was and the security of a navy career providing for a decent, if modest lifestyle – The Bugs made an impact on the local music scene and helped jump start the British invasion in Victoria.
Dates active (estimated): Fall 1963 to Fall 1964
Venues played: Atlas Theatre, Ida Clarkson's Noon Show (CHEK-TV Channel 6)
* Courtesy of Don Descoteau
No audio samples have been linked to this profile. 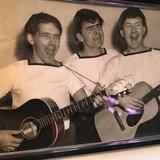 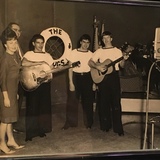 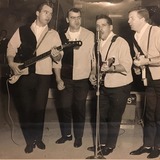 Status: Broken Up
- Last confirmed Jun. 19, 2019
Submit info on this band to our admins 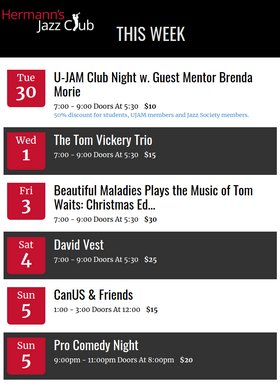