5th (BC) Field Regiment, RCA Band from Victoria BC 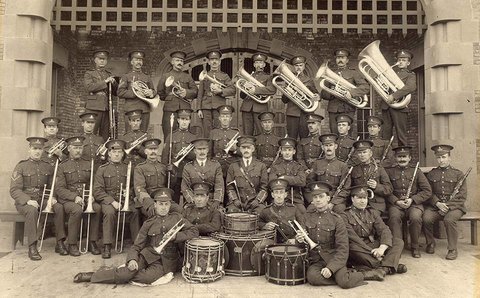 from Victoria BC
http://www.5fieldband.ca/
other sites:
Available for Shows/Gigs - Confirmed: Jul. 4, 2018 (Awaiting Update)
Past Shows (2)

The 5th (BC) Field Regiment, Royal Canadian Artillery Band is an authorized band of the Canadian Forces Primary Reserve. It is the Land Force's resident military band in the provincial capital of Victoria, the only Reserve Military Band on Vancouver Island, and has the distinction of being the oldest continuously operational military band organization in western Canada. It appears primarily as both a concert band and parade band, but also contains smaller ensembles such as a brass and woodwind quintet, a mess dinner band and a dance band, all of which provide musical support for military functions, state functions and public performances.

The band currently consists of both Canadian Forces Primary Reservists and Associate members. Reservists commit themselves to join, train and serve on a part-time basis with the Canadian Forces. Associates are civilian and, in some cases, military volunteers from the community who donate their time and skills in exchange for the opportunity to perform with a high-quality band in a variety of settings not usually open to civilian ensembles. When they are not working with the band, our members are students, professionals, musicians, civil servants, nurses, bookkeepers, dog-groomers, and teachers.

The band is most active during the months of September to June, with rehearsals being held one night per week. The band traditionally opens its performing season with a very popular appearance at the Cameron Bandshell in September, in Beacon Hill Park. In November, the band kicks off the Week of Remembrance with an "Open House" at the Bay Street Armoury, and then appears both in Esquimalt and Victoria for various ceremonies on Remembrance Day. Come December, supports the Regiment's Saint Barbara's Day Mess Dinner, the Mustard Seed Street Church's Annual Christmas Dinner in the Bay Street Armoury, and has, in the past, joined with the Greater Victoria Concert Band for a combined Christmas concert.

In the New Year, the band can be found readying itself for its Annual Spring Concert, held at the Alix Goolden Performance Hall of the Victoria Conservatory of Music. In 2008, the 39 Canadian Brigade Group's Annal Military Ball moved to Victoria, and the band busied itself with preparations for that high profile event. Toward the end of the season, the band supports the guns of the Regiment at the Victoria Day Gun Salute, which takes place at precisely twelve noon at Ship Point, at the Inner Harbour.

While most units of the Primary Reserve stand down for the summer, the 5th Field Band remains fairly active, playing at Fort Rodd Hill National Historic Site on Canada Day and in August. Fort Rodd Hill is where the 5th (BC) Field Regiment once manned the gun emplacements, so the Regiment's guns also make an appearance on Canada Day for the salute at noon.
No audio samples have been linked to this profile.
No member roster has been entered (to link to musician profiles.) 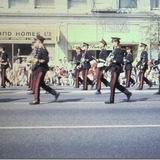 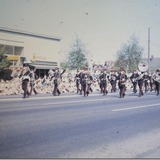 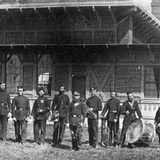 Status: Available for Shows/Gigs
- Last confirmed Jul. 4, 2018
Submit info on this band to our admins