Deb Rhymer is dedicated to the blues 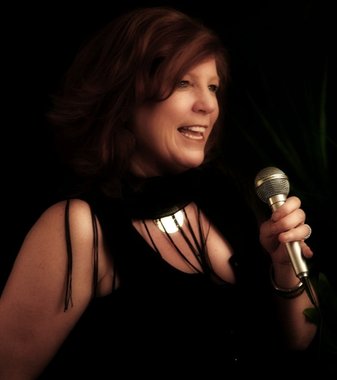 Deb Rhymer has worn numerous hats over the years, from Bette Midler impersonator to daycare operator. But the one that fits her best is blues booster.

Rhymer, a Victoria native, spends almost all her waking hours dedicated to blues, either with her own group, the Deb Rhymer Band, or dealing with the Victoria Blues Society, which she co-founded in 2007. “It’s about bringing the blues to town and supporting the blues, and letting people have a good time.”

Rhymer, who chairs the society, and her board members continue to preserve the blues in Greater Victoria with a series of monthly events, including free music workshops at Long & McQuade. The newest item on their agenda is the Saturday Night Juke Joint series scheduled for the first Saturday of every month.

Juno Award nominee Suzie Vinnick kicks off the Juke Joints this weekend with a sold-out show at the Upper Deck on Gorge Road East, the first event in what Rhymer hopes will be a popular destination for local blues fans.

Rhymer and her band also host a weekly event of their own every Sunday afternoon at the Upper Deck Lounge — the cheekily-named Sunday Blues Services — yet another attempt to revive the classic form.

“The blues is an old business. The legends are old, so it’s dying in that sense. That’s why we try and promote up-and-comers.”

She was always interested in music, but didn’t pursue it until after graduating from Spectrum high school. Ironically, when she joined her first group, it had little to do with the blues. She fronted local band Hostage for a few years during the “big hair ’80s,” then put her singing career on hold to raise her daughter.

She ran daycares and volunteered along the way. After a decade-and-a-half break from singing, Rhymer got back into the business in the mid-’90s. This time, she answered the call of the blues.

“I always thought I was a rock girl,” Rhymer joked. “But then [future bandmate] Bill Gagne approached me and said, ‘You know, I think your voice would be good with the blues.’ And that’s the end of that.”

Rhymer joined Gagne and others in the group No Fixed Address, which ran until 1999. By that point, the blues was in her blood for good.

“I just fell in love with it. I even took a pilgrimage to Clarksdale, Mississippi [the acknowledged birthplace of the blues] to see it all. It had come to mean so much to me.”

She eventually retired after a 35-year career as a civil servant, prompting her to book a trip on Florida’s Legendary Rhythm and Blues Cruise, a star-studded sailing that paired patrons with professionals in workshops.

It was following one of her cruises that Rhymer hatched the idea for the Victoria Blues Society. “On that boat, there were blues societies from all over the world. They all said no matter how small your town, you should have a blues society. So I thought, ‘Why doesn’t my town have a blues society?’ ”

Upon her return, she arranged what would become the first meeting of the Victoria Blues Society. “Dave Harris and I and a few others sat around a coffee table and said, ‘Can we get this going?’ And here we are six years and several hundred members later.”

Where were you born and raised?

Do you want to reveal the year of your birth?

No. It was a long, long time ago in a place far away.

Have you ever lived anywhere else?

My family left for two years to go to Winnipeg. I was a navy brat. But otherwise, I have been in Victoria my whole life.

What is your favourite thing about Victoria?

What is your greatest accomplishment as a person?

Some of the community projects I have been lucky enough to be involved in. That’s probably the best thing for me. I really get a lot of satisfaction out of that.

And as a professional?

Starting the blues society was a big thing. Also, supporting live music and the arts, generally.

The first uncool one was Bobby Sherman. The cool one was Leon Russell’s Give Peace a Chance.

Anything by Bonnie Raitt. She’s a huge idol of mine.

If you had one motto, or rule to abide by, what would it be?

I have a quote that really fits the blues: “Music is what feelings sound like.” That’s the blues.
- See more at: web link Posted: Apr 30, 2016 Originally Published: Apr 30, 2013
In this Article Artist(s) The Deb Rhymer Band, Deb Rhymer (Hunt)