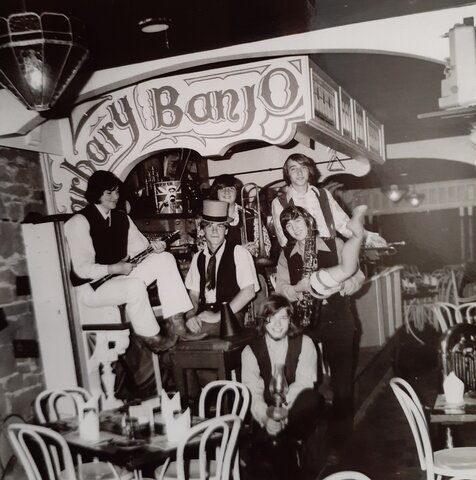 
Photo of the group Shylock credit Ken G. Williams
I am the former owner of the Restaurant/Night Club. The Barbary Banjo operated in the basement of 31 Bastion Square from 1969 through 1973. The club was devoted to trad jazz, great food and drink in a roaring twenties decor and ambiance. Much hay was made during the summer months; as tourists flocked to Victoria for visits, the Barbary Banjo was one of many quaint destinations, a must see in the days before the rebuilding of the waterfront when a trip to Bastion Square in the wee hours was still somewhat of an adventure. Music from the bandstand piped into the square, and a 1927 Ford Model "A" pickup truck parked on the square in front of the building helped lure customers to the club. Tough economic times in the early 70s eventually brought the operation to its knees. The club was sold to new owners and was then known as the Little Denmark Downtown for a couple of years. Eventually, that operation also closed. The last time I visited Victoria, the former Barbary Banjo had become a government documents library of sorts! In its hayday, a big Wurlitzer electric organ anchored the band. The musician who played that organ still lives in Victoria and operates a music store in Saanich. One of the original banjo players currently lives on Saltspring Island, and is still music director for the Gaslight Follies every summer in Dawson Creek (Greg Sumner?). Other musicians have scattered (including me!)...but it's probably time for a reunion. All the best. Ron 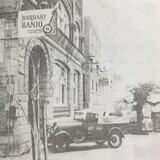 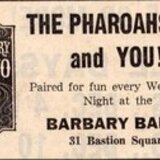 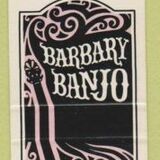 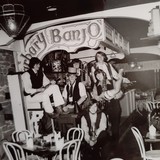