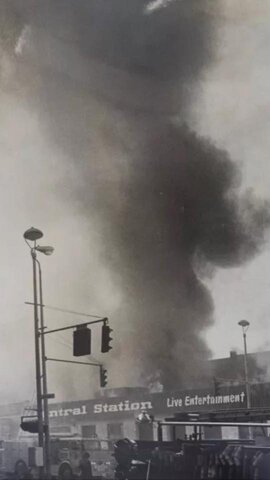 
The picture by Jim Ryan taken during the fire that closed the club.

Some dialogue regarding the Central Station Cabaret by Glen Mofford:
"-How about "Central Station" ? Basement south east corner of Government and Johnson. This was the first (and probably the only) of the "big band" cabaret clubs.
After the drugs wore off, I think I remember seeing Chicago there on opening night.
Sadly it succumbed to "economic combustion."
Right you are. The clubs demise was preordained by the buildings owner (after he had leased out the space for the club) I believe. One of the more interesting ends to a club in Victoria. The smoke could be seen for miles." 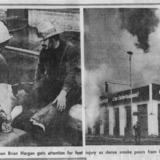 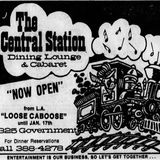 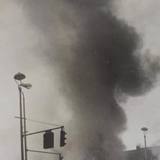