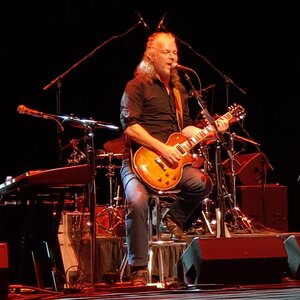 * Talmage Charles Robert "Tal" Bachman (born August 13, 1968) is a Canadian singer-songwriter and musician. He is best known for his late 1998 hit, "She's So High", a pop rock tune from his self-titled 1999 album that led to a BMI award. Bachman got his musical break when executives at EMI Music Publishing in New York City heard a demo tape, and aided him in securing a record deal with Columbia Records. Bob Rock (of Metallica, Aerosmith, Mötley Crüe, and Skid Row fame) signed on to co-produce his debut album. His first album, Tal Bachman, featured what would eventually become his hit single, "She's So High", which reached No. 1 on three different radio formats in Canada. The song became a multi-format Top 10 hit in the United States and internationally, earning BMI's "Song of the Year" award. The album earned Bachman two Juno awards in Canada, and much media exposure, including appearances on The Tonight Show with Jay Leno, MTV, MuchMusic, and E Network; and profiles, interviews, and reviews in Rolling Stone, Q Magazine, USA Today, Interview, and the Los Angeles Times. In support of the record, Bachman toured as an opening act for Bryan Adams and the Barenaked Ladies, and also toured in his own right. Bachman lives in Victoria, British Columbia, and is the son of Canadian rocker Randy Bachman of the classic rock bands The Guess Who and Bachman–Turner Overdrive. His sister Lorelei Bachman is also a writer and a musician. In 2012, while eating at Victoria, British Columbia's Cactus Club Cafe, Bachman was disappointed to learn that the restaurant had dropped key lime pie, a personal favorite, from the dessert menu. He subsequently spearheaded a successful public pressure campaign to encourage restaurant management to restore the dessert. Reflecting upon the experience, Bachman posited Bachman's First Law of Commerce: "If it's great, they'll stop making it." * Source Wikipedia