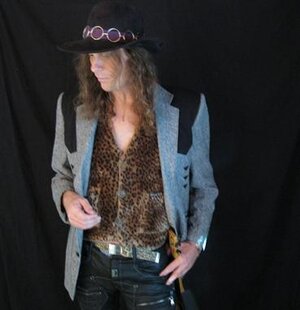 * Craig Else is a guitarist, multi-instrumentalist, sound engineer, vocalist, and music producer.
Born in Victoria in 1964, into a musical family, Craig started playing piano at age four.
In 1978 after years of music lessons given by his Grandmother, Craig discovered punk rock and formed his first band, Twisted Minds .
Craig moved to South Africa in 1981 and played with Steve Fataar of The Flames and Ivy and the Creepers before joining Petit Cheval.
Petit Cheval enjoyed great success in the 1980s. They sold out tours to fan frenzy. They had two number one singles and won the Sarie Award (South Africa's equivalent of a Grammy) for best new band.
After leaving Petit Cheval in 1987 he did session work and eventually moved to Los Angeles, California. He then joined Tribe After Tribe featuring Robbi Robb of South African band Asylum Kids and Three Fish. In 1992 he joined Roadhouse and played five nights a week, five forty-five minute sets a night for five years. During this time he played with D.H. Peligro from Dead Kennedys and appeared on the albums "Peligro", "Welcome to America" and "The Virus that Would Not Die" . He appeared on many other albums including Taylor Dayne's "Naked Without You" and Pure Sugar's eponymous debut album, as well as numerous commercials and movie trailers.
In 2000 Craig joined Bay City Rollers and then in 2007 began touring with them as "The Original Idols" along with Leif Garrett, Barry Williams, The Cowsills, and Bo Donaldson and the Heywoods. They also appeared with the Family Stone, the Guess Who, and Nelson. Craig played with Leif Garrett for some shows and recorded Neil Young's "Old Man" with him. He left the Bay City Rollers in 2008. Craig is currently working on solo projects and continues to create music for film soundtracks, movie trailers, ads and video games. Craig is the owner/operator of Or Else Productions and is a live sound engineer for Fox Television in Los Angeles.
* From the website www.craigelse.com