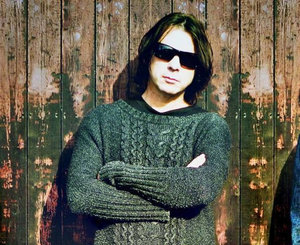 *As lead singer and chief songwriter of 54•40, Victoria resident Neil Osborne has achieved critical acclaim, released a dozen albums and weathered the fickle music business for more than three decades. He is known primarily as a rock musician but is also an accomplished producer often taking the production reins of 54•40 albums and is also a songwriter of amazing depth and clarity. 54.40’s body of work is impressive. After thirty years in the musical trenches, the band have varied their sound and earned proven commercial success via impressive record sales from ten studio albums, two greatest hits packages and a double live album. “One clue to 54•40’s longevity lies in their ability to make music that has a distinctly individual sound yet covers many styles – tender ballads, fiery rockers, provocative political songs, self-confessed lyrically banal romps.” Kerry Doole reported in Impact. As a songwriter Osborne has penned such fabulous signature 54•40 songs as ‘I Go Blind’, ‘One Gun’, ‘Since When’ and ‘Ocean Pearl’’ which have crossed from the realm of rock to a broader base. His lyrics range from the most politically astute observation to the most innocent love song and everything in between. Besides penning over 20 charting radio songs, Neil Osborne has been very active participant in the overall production of every 54•40 album. Most notably Neil co- produced Casual Viewin’ (Columbia) with Matt Johnson. That same year, the record buying public would be treated to another taste of Osborne’s production prowess with the self-titled debut release of Paloma. Paloma was a hybrid jazz / electronic musical creation between 54•40 members Brad Merritt, Matt Johnson, former 54•40 guitarist Phil Comparelli, songstress Coco Love Alcorn and a producer / collaborator Dr. NO which was in actual fact Osborne’s alias for the project. 2003 saw the release of 54•40’s tenth studio album ‘Goodbye Flatland’. Still fresh after all these years, the offering harkened back to the bands humble beginning with smart lyrics and a sharp rock edge. Produced by Neil and recorded in the band’s own studio, the album manages to sound new but still undeniably 54•40. After recording 2005’s Yes to Everything with Osborne continued his production work with Victoria’s indie rock-pop band Jets Overhead at 54•40’s own studio, the Smilin’ Buddha Enjoyment Complex. Osborne’s production on Bridges, the first full- length album from the band, captured the haunting lyrics, dreamy guitar, solid rhythms and spirit of Canadian independence – a spirit Osborne is more than familiar with through 54•40’s 30 + year career. *Biography from www.arbutusevents.ca