Paul Horn from Victoria BC 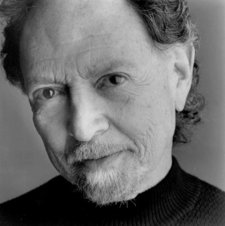 He was born in New York City, and began playing the piano at the age of 4 and the saxophone when he was 12. He studied the flute in 1952 at the Oberlin Conservatory of Music in Ohio and then earned a master's degree from the Manhattan School of Music.

Moving to Los Angeles he played with Chico Hamilton's Quintet from 1956 to 1958 and recorded his debut album Something Blue in 1960. By now an established West Coast session player he played on the Duke Ellington Orchestra's Suite Thursday and worked with Nat King Cole, Tony Bennett and others. In 1970, he moved with his second wife Tryntje to Victoria, British Columbia on Vancouver Island. He formed his own quintet and has recorded film scores for the National Film Board of Canada.

He is widely known for his innovations on both metal and traditional wood flutes, and has recorded some truly exotic albums. Perhaps most famous of these are his "Inside" recordings, which feature airy, echoing sounds created in places of spiritual importance. The series began with Horn sneaking a tape recorder into the Taj Mahal during a trip to India in 1968 and continued later with recordings inside Great Pyramid of Giza, and a return to the Taj Mahal in 1989. Horn has since made similar recordings in a cathedral, in the canyons of the Southwest with Native American flautist R. Carlos Nakai, and with orca whales.

In 1998 he was able to record within the walls of the Potala Palace in Lhasa, Tibet. Horn was the first westerner to be granted permission to perform inside this massive structure considered the spiritual nexus of Tibetan Buddhism. Horn was to return to Tibet in 2003 to film on the holy Mount Kailash, where Horn would scatter the ashes of former travelling companion, Buddhist monk Lama Tenzin.

While he is undoubtedly a jazz musician, many of his works defy categorization. As well as the Inside series he has recorded other albums of jazz with musicians from a range of cultures and backgrounds including China and Africa.

He now lives in British Columbia with his third wife, singer and songwriter, Ann Mortifee. 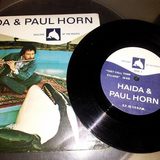 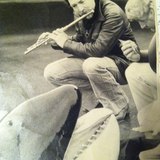 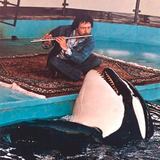