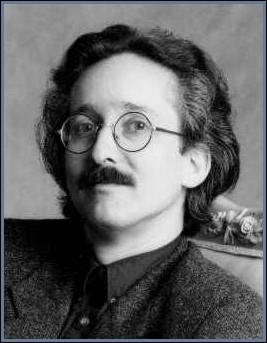 Christopher Donison is a Canadian composer, conductor, pianist, lecturer, inventor, and advocate of challenge to conventional paradigms of thought. A piano student of Winifred Wood and graduate in piano performance from the School of Music, at the University of Victoria at Victoria , British Columbia- he went on to win a Dora Mavor Moore Award for Music Direction in Toronto and to serve as Music Director of the Shaw Festival in Niagara-0n-the-Lake, Ontario, for ten years (1988-1998) where he conducted over 1,000 performances, created a string quartet residency programme, and wrote more than a dozen scores for plays and orchestrations for many more.
He continued to pursue graduate studies in composition at State University of New York at Buffalo and has composed choral, chamber, and orchestral works. In 1998 he finished an unfinished Gershwin musical for the Estate of George and Ira Gershwin to mark the centenary of George Gershwin's birth. In January 1999 he appeared as guest conductor with the Kingston Symphony where he premiered his own first symphony: Symphony Erotica.
His concert works include Symphony Erotica, 7 Encounters for Soprano and Flute, the award winning Choral Prophecy performed by the Choir of Clare College, Cambridge , England, on their first North American Tour, Theme and Conversations for Orchestra, and The Little Match Girl for Orchestra, Narrator, and Dancer, choreographed adapted and narrated by Veronica Tennant, two string quartets, The Rashomon Quartet, and The Seagull Quartet for string quartet and distant oboe, and Music-by-the-Sea, quintet for clarinet and string quartet.
He is also the inventor of the Donison-Steinbuhler Standard, a smaller 7/8 alternative piano keyboard which is hoped will become universally available for study, competition, and performance within a generation to help eliminate the discrimination exerted upon the smaller half of the world by a one-size-fits-all standard that favours the larger half. Prototypes of that piano keyboard have been donated to both The Victoria Conservatory of Music and the University of Victoria, as well as the Banff School of Fine Arts and numerous other institutions. From the www.chrisdonison.com website.