Bill Sample Trio from Victoria BC

from Victoria BC
Broken Up - Confirmed: Jun. 4, 2008 (Archived)
The picture above was taken at the Century Inn courtesy of Bob Brown


I'd like to submit a band from the 70's I was part of although I don't have any photos of us. It was called the Bill Sample Trio, we played around town mostly at the Century Inn, Noos Pizza and Has o Taverna, spelling? Tim Stacey was on bass and I played drums, lots of fun....

View all tracks for this artist (5) 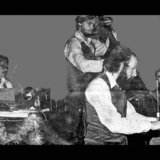 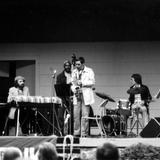 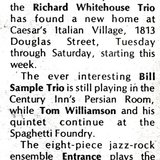 Status: Broken Up
- Last confirmed Jun. 4, 2008
Submit info on this band to our admins