Sweeney from Victoria BC 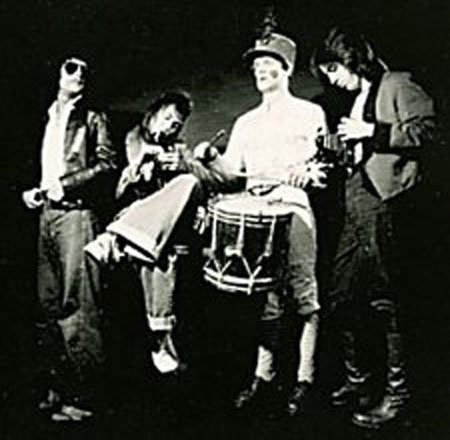 from Victoria BC
Broken Up - Confirmed: Feb. 19, 2021 (Archived)
After Bryan Adams left "Sweeney Todd", we still had gigs etc, so my younger brother Chris Booth took his place to do a few tours etc. After this was done we reformed the band just as "Sweeney" and recorded a concept album about the story of "Sweeney Todd the Demon Barber of Fleet St.", which 7 songs were recorded in Victoria at Keye Studios as we were already on Van. Island writing and rehearsing new material. London Records wasn't interested in concept albums at this time as Disco was the In thing on the radio. So we went back into the studio at 20/20 Sound in Vancouver and received "demo mix" of a few songs that we where working on, 5 originals along with a version of " Goldfinger". This was just a rough mix to take home, as we were still working on the songs etc. From left to right, Robbie Gray keyboards & vocals, my other brother Philip Booth guitar & vocals, (identical twin brother of Chris), Johnny B. drums & vocals, along with Budd Marr bass & vocals. This entity was between May of 1978-May of 79, then the band decided to call it quits. Nothing was ever released.

Submitted by John Booth
No audio samples have been linked to this profile.

Status: Broken Up
- Last confirmed Feb. 19, 2021
Submit info on this band to our admins