Bishops Blood from Victoria BC 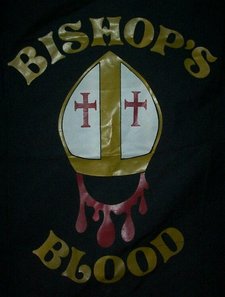 from Victoria BC
Broken Up - Confirmed: Jan. 1, 2010 (Archived)
It was Stuart Linnel's band really. He wrote all the lyrics and music arrangements. Stu played guitar & harmonica and did harmonies/backing vocals. We had 47 originals in varying styles of soft to hard rock, I called it grunge before anyone had heard of it:) Ian Purcell

This band has been reformed as Antibody, Stu is still writing the music and playing the guitar and singing. they have a web site www.myspace.com/AntibodyBC
No audio samples have been linked to this profile.

Status: Broken Up
- Last confirmed Jan. 1, 2010
Submit info on this band to our admins