Melodic rock from Vancouver BC
http://www.renegadesounds.com
Unknown - Confirmed: Mar. 20, 2021
Renegade started in 1983 with the lineup of Sue Medley (vocals) Jim Buckshon (bass/vocals) Rob Pettigrew (guitar/vocals) Mark Gajb keyboards and Keith Sharp on drums. The band toured around BC for a year or so until singer Sue Medley left to have her tonsils removed. The group subbed in singer Steve Foster, who was a bartender in Victoria and impressed the band when he came up and sang one song. Renegade kept Foster, and changed Pettigrew to Ross Damude. That lineup eventually stopped touring later that year. Sue Medley later went on to become signed to Polygram Records.

The band was resurrected as a recording act during Buckshon's tenure in Matrex, with songs being produced with Foster on vocals, Buckshon on bass, vocals, keyboards, drum programming, Paul Minshall (Matrex) on keyboards, vocals;Terry Kellogg (Living Proof) on guitar and Kenny Geatros (Livewire/The Wires/Stiletto) also on guitar. After Buckshon quit Matrex, it soon broke up and Renegade as a touring and recording act was formed in 1987, with Geraldo Dominelli taking over guitars and Marc Gladstone, then Paul Minshall on keyboards with Rick Fedyk on drums. Foster decided to return to his native Victoria and was replaced with Marti Sippola on vocals, and Pat Steward took over drums. John Tompkins alternated on keys with Minshall.

Renegade is currently in pre-production for a new album with the Back From the Dead lineup.

Renegade released an EP of new songs in 2017, produced by Jim Buckshon and Geraldo Dominelli. The lineup is Jim Buckshon bass/acoustic guitar/keyboards/drum programming, Marti Sippola, vocals, Geraldo Dominelli guitars, keyboards,vocals, Paul Minshall vocals and special guest guitarist Keith Scott.
Melodic rock band with a full sound, lots of guitars, keyboards and harmonies, a driving rhythm section and a country rock feel. Honest and emotional songs capturing the story of a life.
No audio samples have been linked to this profile. 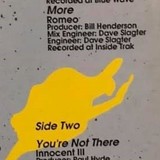 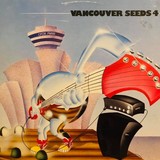 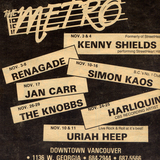 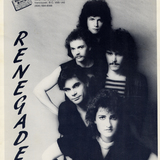 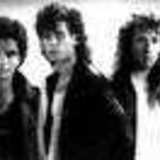 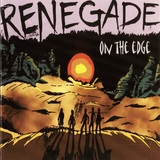 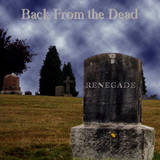 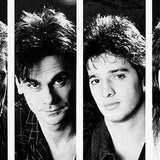 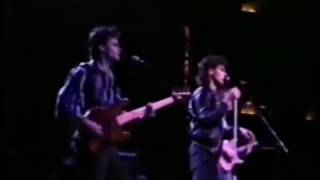