Sing Out Victoria from Victoria BC

from Victoria BC
Broken Up - Confirmed: Jul. 25, 2013 (Archived)
This was a huge group with many pople coming and going over the years, but it maintined a fairly solid core group of people. The group played some of Victoria's major venues, such as the Newcombe Auditorium, The MacPherson Playhouse, The Royal Theatre and Butchart's Gardens. The group was a regular performer at Butchart's, playing every second night throughout the summers in the late 60's. After the group ceased to be, many of the very talented musicians formed the Big Band, a nostalgia group playing jazz and music of the 40's and 50's. It was also a great place to meet girls! George K.
No audio samples have been linked to this profile. 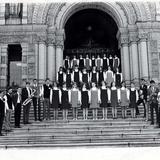 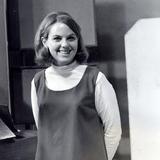 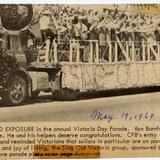 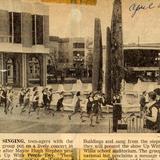 Status: Broken Up
- Last confirmed Jul. 25, 2013
Submit info on this band to our admins