The Pied Pear - Roots from Protection Island BC 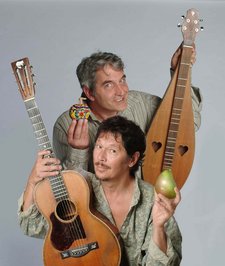 Roots from Protection Island BC
http://www.piedpumkin.com/piedpear.shtml
Label: Self
On Hiatus - Confirmed: Jun. 21, 2020
Past Shows (2)

In 1976 Pied Pear received a standing ovation playing in the rain on the very first night of the very first Vancouver Folk Music Festival. Thirty-five years later in Spring 2011 they got back together to play those tunes one more time. To celebrate this once in a lifetime reunion they released the PIED PEAR 2011 COLLECTOR EDITION CD, combining two albums previously only on vinyl: The Pear of Pied Pumkin and Pied Who? Pear What? available from CD Baby and www.rickscott.ca.

From 1974-76 Rick Scott and Joe Mock pioneered indie roots music with Shari Ulrich in the legendary folk trio Pied Pumkin. When Shari left to join the Hometown Band, the Pumkin became PIED PEAR. Rick and Joe toured far and wide playing concerts, dances and festivals. For six years they made folks laugh, cry, dance and sing along. They released three albums. They represented Canada at the 1982 Knoxville Worlds' Fair.

Then they each went on to explore other creative interests: Joe to make music in Japan and France, and Rick to nine countries as an actor, singer/songwriter and acclaimed family entertainer. www.rickscott.ca
No audio samples have been linked to this profile. 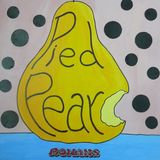 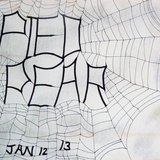 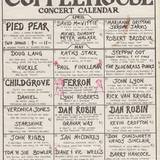 Status: On Hiatus
Rick Scott and Joe Mock got back together as Pied Pear and did a reunion tour in Spring 2011. Pied Pumkin with Shari Ulrich tours from time to time. - Last confirmed Jun. 21, 2020
Submit info on this band to our admins