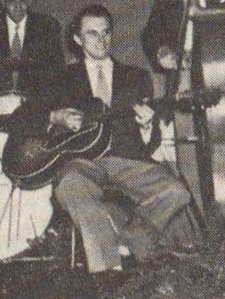 Jack Berisford... was a Great Guitarist... who played around Victoria in the 50's - 60's with various groups...
including: "Buddy Glover and The Continentals"!

He also taught Guitar at Bernie Porter Music in the 60's... when it was located on View Street... between Douglas & Blanshard.

One of his students that went
on to becoming a successful
Professional Musician was...
Bassist Brian Newcombe.