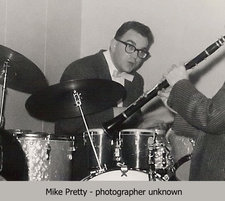 
The picture above was taken at Chez Marcel circa 1960.

Mike Pretty grew up in Great Britain and learned to play the drums there. He was so young when he first started playing that he had to take his drums by double-decker bus or get his Dad to drive him to the gigs. By the time Mike was 15 he was playing in a semi-pro jazz group. At 17, he joined Dick Murrow's eight-piece(?) Big Band.

In 1947, Mike moved to Victoria B.C. with his parents. In 1949, he had his first gig at the Lantern Inn (Four Mile House) which lasted six months. That same year, he formed a group with Buddy Glover, Doug Peaker and Bill Heybroeck. This group, however, enjoyed only limited success. In 1950, Mike also rehearsed with Buddy Glover's Big Band which participated in the 1950 “ Parade of Bands" at The Crystal Gardens. According to Mike, Buddy's group made quite an impression on the older generation of jazz players in town that day.

Other musical activities of the early 1950's, in which Mike took part, included Sunday Jazz concerts with Gordie King's 10 piece band at the O.A.P. Hall (Victoria Ballroom). In addition to Mike, King's band featured Bill Heybroeck, Ray Petch, Doug Peaker, Don Hardesty and others. During this same period, Mike also found time to play with Ted Spencer at The Golden Slipper AKA The Aragon Ballroom.

In 1955, Mike moved to the Chez Marcel and joined the Les Johnston Quartet. The Quartet included musicians Jim McKay, Gordie Bean, Les Johnston and, of course, Mike. The Chez was located on the Old Island Highway roughly where the current Dave Wheaton GM dealership is now found. The Chez was a Saturday-night dinner dance club which also had many private functions. Mike played here with Johnston's group until 1961 when they were finally replaced by another band.

In 1962, Mike's job with the Government took him, his wife and family to Prince Rupert. During the years 1962-1966 Mike played very little. In 1966 he moved back to Victoria and started drumming again. During the late sixties Mike played regularly doing substitution work in various bands in the Victoria area. In the 1970s he played with other groups including Al Denoni, Kinney Burnett and Ken Campbell. In the early 1980s, at about age 50, Mike finally decided to retire from the music scene. Mike (Dad) passed away October, 9th 2018 and will be greatly missed by his family and friends. (updated March 30, 2019) 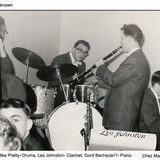 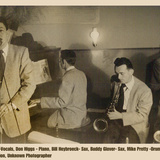 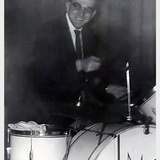 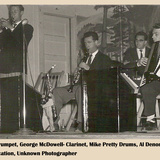 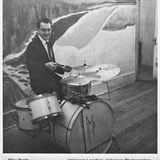 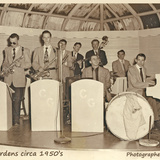 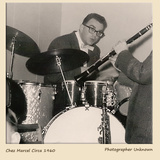 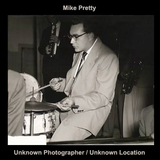