The Fault - original alternative rock from Vancouver BC 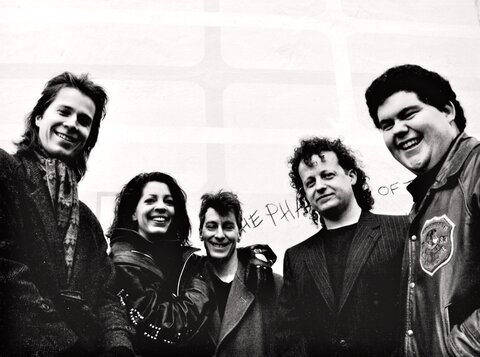 The Fault performed at virtually all of Vancouver's and some of Victoria's 'alternative' venues and at some mainstream venues, generating a small but loyal following. Of the seven songs that the band recorded in 16 and 24 track studios, three, "Johnny", "Common Ground", and "People in Boxes". received airplay and "Common Ground" and "Apple of Your 'I' " were each featured on compilation albums on the Poolwest label.

The Fault's swan song prelude was a concert at the Vancouver East Cultural Centre in December 1990. A few months later, the band broke up while in pre-production (with co-producer Paul Hyde, formerly of the Payola$) for the band's first full-on CD. The band members moved on to pursue their own separate interests.

In 2021, The Fault's keyboardist, Mark Reed, had 20 of the group's songs mastered and released for downloading via his website, www.bigspeck.ca, and Bandcamp and for streaming via Spotify, YouTube, iTunes, Amazon, Tik Tok, and other sites. 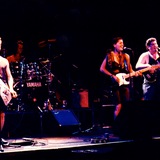 Status: Unknown
- Last confirmed Mar. 30, 2021
Submit info on this band to our admins