Modern Romance-Vancouver from Vancouver BC 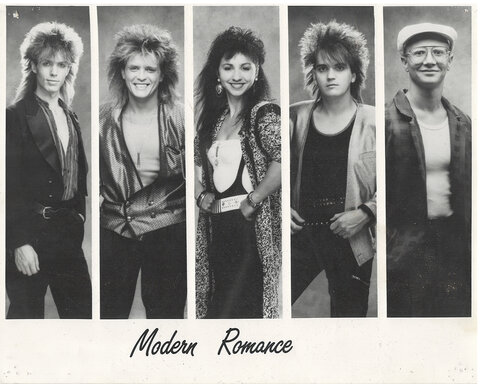 from Vancouver BC
Broken Up - Confirmed: Aug. 31, 2021 (Archived)
From Darren Stevens: By later 1987 I formed the band Modern Romance and as a keyboardist and programmer. I hand-created many of the sounds used, and wrote the software used to control their live shows. One of the significant outcomes of working with Modern Romance was that I wrote the software UltraMIDI, later known as Slave Driver, to run the show.
No audio samples have been linked to this profile.

Status: Broken Up
- Last confirmed Aug. 31, 2021
Submit info on this band to our admins